Dvalin and Heidrun gas field in the Norwegian Sea

The field will be developed with a Subsea Production System (SPS) which includes 4 gas producers drilled from one 4-slot integrated template at water depth 380-385 meters. The Production Flowline will be tied back to the Heidrun TLP approximately 14 km south-east of the Dvalin discovery. The Flowline will be connected to the Heidrun TLP via a riser base and future flexible riser. A new gas treatment and export module will be installed at the Heidrun TLP to handle the well-stream processing. The processed gas will be exported through a future flexible riser, via a riser base and through a 7km Gas Export pipeline connecting to an existing Tee in the Polarled pipeline, which transports the gas to Nyhamna.

An umbilical from Heidrun TLP will provide power, hydraulics and control to the Dvalin template and riser bases.
TechnipFMC Norge AS and ICP Foundry have been cooperated together in these projects and other like Troll B e Alta Gotha. 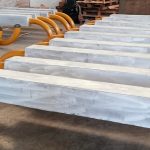 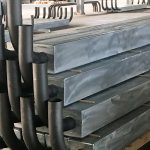